Photography is a subject that is a passion for millions of people. Some people are really passionate about buying good quality cameras with better features and specifications. There are many types of cameras.

Today we will talk about mirrorless cameras. Now the first question that will arise in your mind is:

What Exactly is a Mirrorless Camera?

To state a known fact about mirrorless cameras:

The first mirrorless camera commercially marketed was the Epson R-D1 (released in 2004), followed by the Leica M8.

The Micro Four Thirds system, whose first camera was the Panasonic Lumix DMC-G1, was released in Japan in October 2008.

In contrast to DSLRs mechanically these cameras are simpler, lighter, smaller and quieter since they lack the moving mirror system.

More stats for nerds about these cameras:

In this article, we bring before you some of the…

10 Best Mirrorless Cameras in India For Both Beginners & Professionals

Check them out for a better understanding and for making a choice amongst the best:-

Sony is a company that became popular because of the cameras they manufactured, though later they shifted to a wide number of electronic and digital gadgets. They still do manufacture cameras and they are of really good quality.

This model that we are speaking about has brilliant specifications like 24.3 MP Exmor APS HD CMOS Sensor and BIONZ X Image Processing Engine, a 4D Focus, Wide 179 AF Points Coverage, Over Nearly the Entire Screen, Up to 11 fps Continuous Shooting with AFC, a Fast Hybrid, accurate eye AF.

It has a picture effect, auto HDR mode and a facility of one-touch sharing. Sony also provides a number of photography apps that help you sharpen your skills.

Canon is also a very popular company that manufactures cameras. Their cameras have a quality that almost no other camera company has. This mirrorless camera consists of EOS M50 interchangeable lens which gives a 4K HD resolution that has the ability to capture minute details about a picture.

It has improved Dual Pixel CMOS AF, a 24.1 MP CMOS (APS-C) Sensor. It also consists of a built-in EVF3. It has a Touch and Drags AF lets you use the rear screen as a touch-pad while you’re using the viewfinder, so you can choose what to focus on with just a tap and without moving the camera away from your face.

It also features a Vari-angle Touchscreen LCD. It has Bluetooth and Wifi connectivity which makes it eligible for wireless connections. It has additional features too like

Fujifilm is a really old and renowned company in this camera industry This model features a stylish retro and stylish design featuring a 180 degree tilting rear LCD screen with a built-in Bluetooth technology and an extended battery life, with up to 450 frames possible per charge.

It is lightweight and portable can be carried in your handbag easily. It has good connectivity options too. It can be connected to a smartphone using Bluetooth so that photos can be easily shared.

There is portrait enhancer, eye-detection AF, the image quality is clearer than the crystal. There are 17 advanced filters available. There are 11 film simulations. It has a touchscreen LCD. It also consists of Exposure Compensation & Shooting Modes.

This is another model from Fujifilm. It is a bit more expensive than the previous one but with more price comes more features so yeah it does have more features.

It comes in silver color and has 24.3MP X-Trans CMOS III APS-C sensor with no low-pass filter and X-Processor Pro and 5.0Fps Live-view shooting, start-up time of 0.4sec., shutter time lag of 0.050sec. And shooting Interval of 0.25sec. It also features a

It also has AF-C custom settings for moving subjects. Any recorded video can be transferred to an external monitor via the HDMI port and input audio from an external microphone.

If you really have a deep passion for photography and camera and are ready to spend any amount of money to purchase the best, then this model from Sony can be your soulmate.

It has an illuminated back with a 42.4MP Full frame sensor and an enhanced image processing engine. Consists of eye autofocus. Can shoot up to 76, images continuously in one shot. Supports anti-flicker shooting. It also has an OLED Tru finder. There are

It has one-touch remote and one-touch sharing. Support uncompressed RAW 14bit format. Silent shooting is also an option available with this glam cam. Its price is really high.

Panasonic is also a popular name in the market of cameras. This camera by Panasonic captures the perfect moment with time. It supports 4K recording. There is Defocus (DFD) and Auto Focus (AF) technology with contrast to AF.

It produces high-quality precision and higher speed. It beautifully and accurately captures low-light pictures with its AF technology and hence there is no compromise in the image quality even due to low light conditions. a

It imparts a sense of perfect sight and framing.

A rear monitor also features high visibility even for sunny outdoor shooting. And, the tilt touch display gives you the freedom to find unusual perspectives while maintaining easy operation and full image control.

There is a Panasonic Image App which helps in viewing and There is also an option for Wifi. 5 Axis Dual Image Stabilization is also present.

Nikon is a company that every one of us knows and hence it is reliable right?. Now the model which we are about to discuss is really expensive which is but for professionals or people who are very passionate about cameras.

These are specially used in order to shoot films, short films or other stuff in the same category. So before I reveal its price let me tell you about its features, it is Nikon’s first FX-format mirrorless camera with 45.7 effective megapixels.

The new NIKKOR Z lenses give an optical performance and deliver overwhelming edge-to-edge detail in both stills and videos. It supports 4K UHD and 8K time-lapse movies. The pictures clicked by these cameras are sharper than ever.

One model down from the model mentioned just above this one. This one manufactured by Nikon is a bit less expensive than its more advanced model.

Olympus is not a very popular name but it does produce good cameras. This model by Olympus has a lot of features like it has 14-42mm EZ Lens with a 16GB SDHC Card. 16.1MP Live MOS Sensor & TruePic VIII Image Processor with UHD 4K30 Recording.

Here comes another one from Panasonic. This model has Max Resolution upto16 Megapixels with Max Shutter Speed of 1/16000 Seconds.

It has an Interchangeable Lens Camera Kit with 14-42mm Lens, then, High Image Quality of an assurance Allows 4K PHOTO Function. Also, there are 4k video recording 4 K photo modes.

It has Intuitive Controls. It has Fast and Precise Auto Focus Tracking.

Thus we discussed so many mirrorless cameras and their features. But amongst them, I would suggest or rather ask you to purchase the Sony Alpha A6000L, which will certainly be better than the others and also to some extent one can afford it. Check out the details given above and make your decisions based on them. 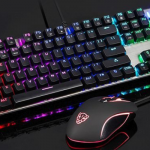 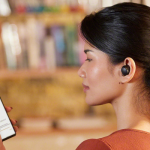 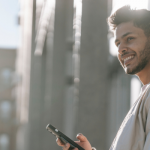 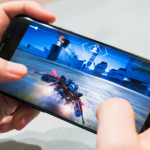 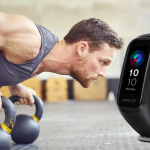 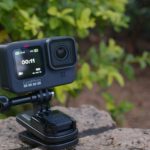 In present-day India, the number of geeks & techies are increasing day by day. Many people from tier 2 & tier 3 cities now also have taken … END_OF_DOCUMENT_TOKEN_TO_BE_REPLACED